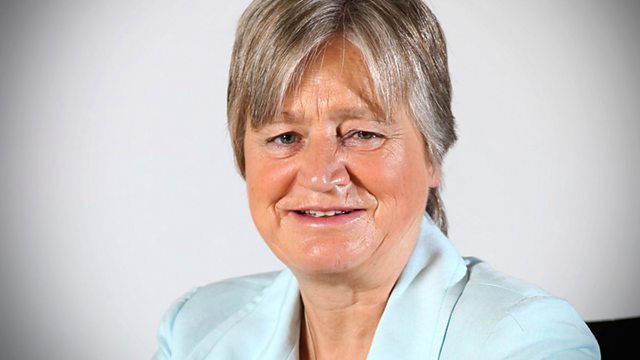 Jim Al-Khalili talks to Dame Julia Slingo, chief scientist at the Met Office, about her childhood wonder of clouds and the part played by climate change in this winter's floods.

Jim Al-Khalili's guest this week is Dame Julia Slingo, the chief scientist at the Met Office. The conversation ranges from her childhood wonder of clouds to climate change's part in this winter's floods.

Julia Slingo's fascination with meteorology began as she, as a sixth former, gazed out of her bedroom window and wondered what controlled the shapes of clouds and why the clouds usually came from the west. In the 1970s she was one of the few women scientists at the British Meteorological Office and worked in the early days of computer modelling of weather and climate. As the first female professor of Meteorology in the UK, she crusaded for greater computing power and capacity to improve both weather forecasting and global climate models.

Julia Slingo took up the job of the chief scientist at the Met Office in 2009. Her profile has been high in the last few months following her remarks that the persistent heavy rains and storminess of Winter 2013 to 2014 were likely to be linked to anthropogenic climate change.