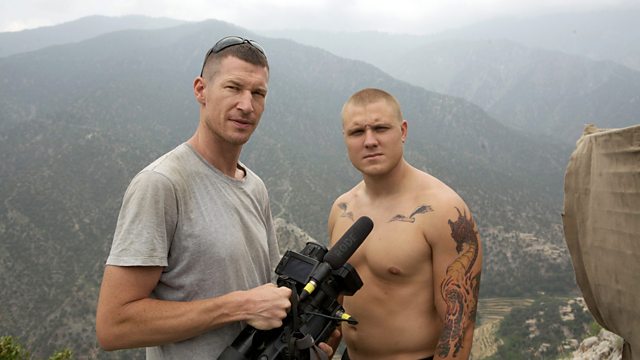 Which Way is the Front Line from Here? The Life and Time of Tim Hetherington

Documentary about Tim Hetherington, the British war photographer and film-maker killed in 2011 during the Libyan civil war, made by his collaborator and friend Sebastian Junger.

Moving and deeply personal documentary about Tim Hetherington, the award-winning British war photographer and film-maker killed in 2011 during the Libyan civil war. Director Sebastian Junger gracefully weaves together footage of Hetherington at work and emotional interviews with his family and colleagues to capture his collaborator and friend's compassion and intense curiosity about the human spirit.

The film maps a career in which Hetherington searched for the humanity within wartime, as evidenced in their Oscar-nominated film Restrepo, about an American platoon in Afghanistan. Hetherington's footage of rebel army life during Liberia's civil war conveys a rare sense of intimacy in sharp contrast to the violence surrounding him. Although he spent most of his time travelling to the centre of war zones, he was seeking truths rather than adventure.

A tribute to this remarkable, talented young man, Which Way is the Frontline from Here? also addresses fundamental questions about the very nature of conflict.

See all galleries from Which Way is the Front Line from Here? The Life and Time of Tim Hetherington (4)