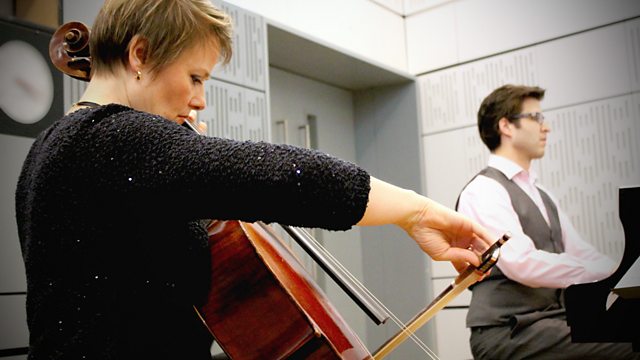 With Suzy Klein. Includes music from I Fagiolini and cellist Corinne Morris, plus news from the BBC Scottish Symphony Orchestra and violinist Nicola Benedetti on their India tour.

Suzy Klein and guests from the arts world with a lively mix of music and chat.

There's live music from early music pioneers I Fagiolini and Robert Hollingworth who bring the music of Venice to the In Tune studio as part of their upcoming show at Shakespeare's Globe featuring madrigals from Venice's favourite son, Claudio Monteverdi.

Cellist Corinne Morris' career appeared over when an injury prevented her playing, but through the work of sports science she has staged a remarkable comeback and she'll be performing live on the show and talking about finding the strength to start again.

There's live music from up-and-coming violinist Midori Komachi, plus Suzy will also be catching up with the BBC Scottish Symphony Orchestra and violinist Nicola Benedetti on their India tour - a Commonwealth Games 2014 cultural and educational collaboration between The BBC, the BBC Scottish Symphony Orchestra, the Royal Conservatoire of Scotland and the British Council.