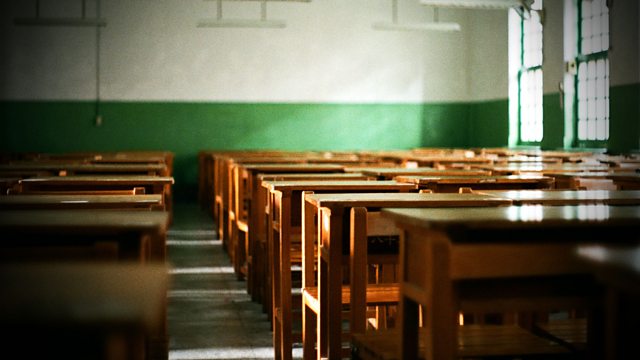 The Boy at the Back

By Juan Mayorga. An award-winning psychological drama exploring the voyeuristic nature of fiction, the exercise of power and the ambiguity at the heart of human relations.

A psychological drama from one of Spain's most renowned contemporary writers, which recently won a BBC Audio Drama Award for Best Use of Sound.

When 17-year-old Claudio insinuates himself into a classmate's house and begins to write about it as homework, his literary voyeurism soon spirals out of control. Faced with this gifted and unusual pupil, class teacher German is reminded of his own abandoned literary pretensions. Despite his wife's misgivings, he encourages Claudio's artistic ambitions. However, the boy's incursion into the domestic intimacy of his subjects will have unpredictable consequences for both households.

An exploration of the voyeuristic nature of fiction, the exercise of power and the ambiguity at the heart of human relations.

Juan Mayorga's work has been translated into over 25 languages and performed all around the world. He has won numerous prizes including the Spanish National Theatre Award and the Valle-Inclan Prize, and is a five-time winner of a "Max" (Spanish equivalent of an Olivier Award).