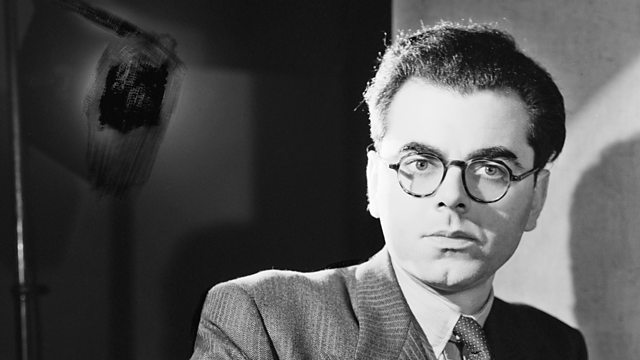 Billy - The Other Lloyd Webber

William Lloyd Webber, OBE, was a virtuoso organist, gifted teacher and accomplished administrator. But above all else he wanted to be a composer, and at the end of his life he was to rue missed opportunities at the same time as he saw his two sons - composer Andrew and 'cellist Julian - fulfil their own musical dreams.

In this programme marking the centenary of William Lloyd Webber's birth, writer and broadcaster Andrew Green explores why the dream shattered - but also re-examines the passionate, romantic music Lloyd Webber left behind.

William Lloyd Webber was a working-class boy who made good, fired by the musical enthusiasms of his father - William Sr was a plumber with a love of the organ. William Jr was a nationally known organist by his early teens. The Royal College of Music snapped him up as a teacher of music theory as soon as his student years ended. But in 1948 he was to give up one of London's most prestigious organist posts, at All Saints, Margaret Street, to concentrate on composing.

Not much more than ten years later, the ambition was in tatters. Lloyd Webber wrote plenty of music, but his shy, over-sensitive nature meant he so feared critics would ridicule his romantic style that he all but abandoned composing.

With the help of such contributors as Andrew and Julian Lloyd Webber, Sir Tim Rice and pianist John Lill, Andrew Green unravels a complex character whose story is a mirror to fashions in 20th-century music. That story was cruelly cut short in 1982 just as William Lloyd Webber was re-discovering his voice, inspired by a late love.

Lloyd Webber's music perfectly illustrates his story, from the introverted Fantasy Trio to the abandoned orchestral tone poem, Aurora; from brilliant organ works to songs brimming over with romantic ardour.

Living with Memory in Rwanda