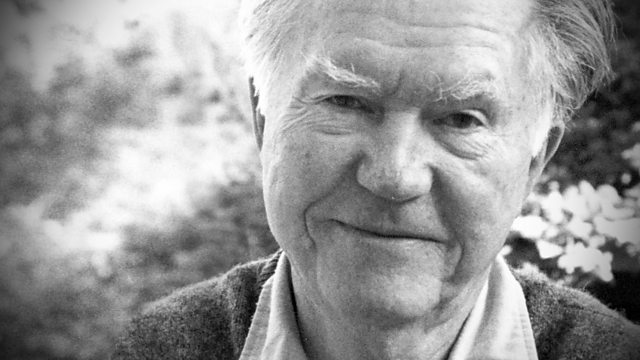 Ask Me: The Poetry of William Stafford

William Stafford's achievement is extraordinary. He wrote over 20,000 poems, 4,000 of which have been published, in more than 80 books and 2,000 periodicals. But it's the quality of his work that distinguishes him. Stafford was the poetry consultant to the Library of Congress - the post that became the Poet Laureate of the United States, for years he was Oregon's Laureate and he won the National Book Award.

Stafford was born in Kansas in 1914, growing up during the Depression. A conscientious objector, he spent the Second World War in camps, working in forestry. Too exhausted after work he took to rising early to write, and he continued this practice of daily writing until his death in 1993. For Stafford it was the act of writing that mattered most. Writers who got stuck he advised to, "Lower your standards - and carry on."

His poems are mostly short and accessible, but acquire great depth. They can be tough, too. He was sensitive to landscape, people, animals, nature and history. So it's not surprising that Ted Hughes and Sylvia Plath were both admirers.

Poet Katrina Porteous visits Lewis and Clark College in Portland, Oregon, where for decades Stafford taught, wrote and developed his ideas. His son Kim takes her to the huge William Stafford Archive, as Katrina hears recordings of his readings, meets people who knew him, and students and poets he continues to influence. And she goes out into the wilderness of Oregon to investigate and reflect on the life, outlook and work of this great American poet.

Producer: Julian May
First broadcast on BBC Radio 4 in 2014.

Oh What a Lively War

Poetry of History: The Battle of Maldon

Katrina Porteous interviewing William Stafford’s son, Kim, in the Special Collections Room of the library at Lewis and Clark College, where his father taught for many years and where his archive is kept

The cover of William Stafford's book ASK ME. A hundred of his poems to mark his centenary