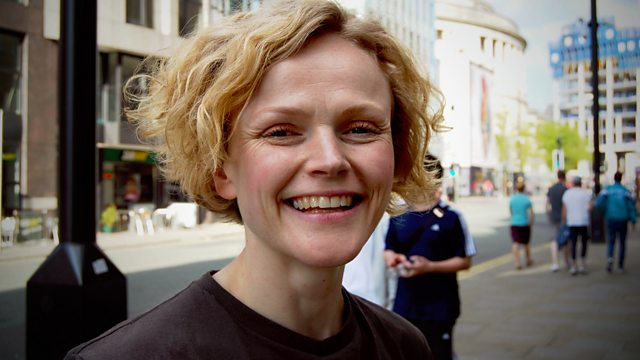 Actress Maxine Peake meets with actors and, in a series of one to one conversations, discusses the challenges of portraying the real-life character as opposed to the fictional.

Maxine Peake has tackled many factual roles, including Tracey Temple in Confessions of a Diary Secretary, Joan le Mesurier in Hancock and Joan, the title role in The Secret Diaries of Miss Anne Lister, Anne Scargill in Queens of the Coal Age, Stephen Hawking's secretary in the 2015 film The Theory of Everything, and her infamous portrayal of Myra Hindley in See No Evil.

Most actors will only face a critical backlash if their portrayal of King Lear or Jimmy Porter does not meet expectation, but what happens if their subject is real? How does this change the actor's approach to the character research, is it better or worse to meet them, does this restrict the boundaries or increase the empathy? And what happens if that character is regarded as evil in the public psyche?

In discussion with friends and colleagues such as Michael Sheen, Sally Hawkins, Patricia Hodge, Monica Dolan, Shaun Evans and Anne Scargill we discover how different the approach can and has to be.

Made In Dagenham, writer: William Ivory