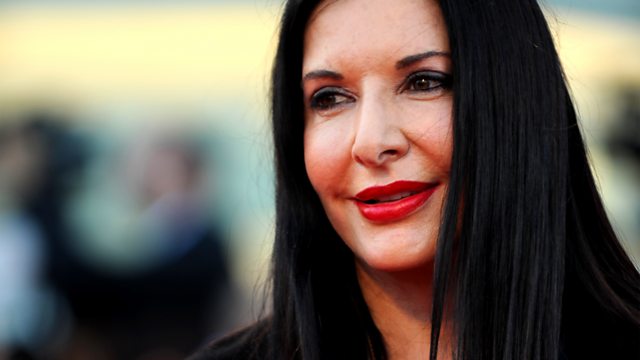 Will Gompertz meets Marina Abramovic, self-proclaimed 'grandmother of performance art', as she prepares for a major new show in London.

BBC Arts Editor Will Gompertz returns for another series of profiles of those entrepreneurs who through their designs and cultural activities are defining the very spirit of our age.

He kicks of the series with the self-proclaimed "grandmother of performance art", Marina Abramovic as she prepares for a major new exhibition in London's Serpentine Gallery. She recalls her early forays into performance art, including in her native Yugoslavia, along the Great Wall of China, during her record breaking residency at New York's Museum Of Modern Art... and as a postie in London.

And then over the next four weeks Will Gompertz will be talking with the visionary masterminds who are plotting to take architecture into a new future that also recognises the past; who are using their own art as leverage in community activism; and who are dragging mainstream theatre into the 21st century. He'll be talking to Dutch architect Rem Koolhaas, Chicago-based artist Theaster Gates and British born impresario Sonia Friedman.

These are not Turner Prize winners or the recipients of grants from the Arts Council or the Lottery Fund. These are the people whose aesthetic sense infect and influence our daily lives. They know what we want, even when we do not. They are the tastemakers that know what will work at the box office and what will sell on the high street. Their impact goes beyond mere commerce, it shapes contemporary culture. They are the Zeitgeisters and it's about time we met them.