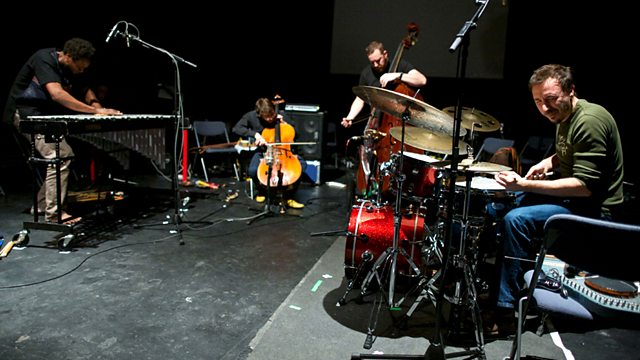 This week Jazz on 3 features concerts from British saxophonist Paul Dunmall and his Realisation Trio, plus Anglo-French group Sonsale.

From blues sideman to spiritual improviser, Paul Dunmall's career has covered vast and varied ground, and it's his love of both swing and free-music playing that comes to the fore in this performance. Captured during an evening celebrating his 60th birthday last year, his playing remains bold and uncompromising and is matched by two young Birmingham players, Nick Jurd on double bass and Jim Bashford on drums.

Improvising spirit from both sides of the Channel is brought together in Sonsale. The ethereal vibraphone of Corey Mwamba opens a dreamlike world where bandmates Andy Champion and Valentin Ceccaldi add earthy tones on bass and cello. Percussionist Sylvain Darrifourcq (who also featured on Jazz on 3 last year in another Anglo-French group, Barbacana) frames the improvisations with some brilliant atmospheric playing, from which fleeting themes emerge.