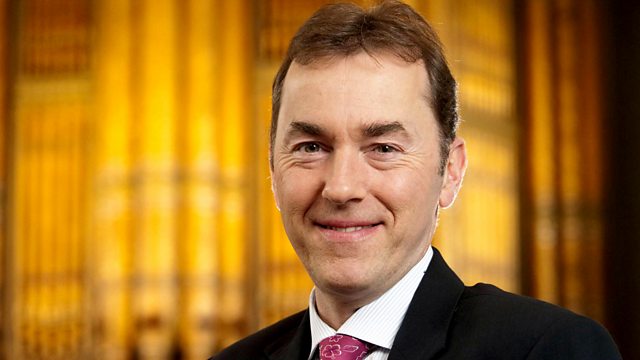 When first opened in 1953 the organ of the Royal Festival Hall, 8000-pipes strong, was revolutionary for attempting to accommodate in a single instrument the timbres and sonorities for every period of the organ repertoire - from the Renaissance to the present day. Tonight the English organ virtuoso Thomas Trotter shows off the RFH organ in 300 years of organ literature. His programme ranges from one of Bach's masterworks for the instrument to a recent piece by Scottish composer Judith Weir. En route, he plays the Fantasia in F minor by a composer who was an enthusiast for the organ and christened it 'The King of Instruments': Mozart; three studies by Schumann; and - to conclude - one of the 19th century's mightiest works for the instrument: Julius Reubke's Sonata - acknowledged since its premiere in 1857 as a virtuoso pinnacle of the organ repertoire.

Radio 3 is broadcasting live from a pop-up studio at London's Southbank Centre all day every day for the last two weeks of March. If you're in the area, visit the Radio 3 studio and performance space in the Royal Festival Hall Riverside Café to listen to Radio 3, ask questions and enjoy the special events.

Live at Southbank Centre: Orchestra of the Age of Enlightenment