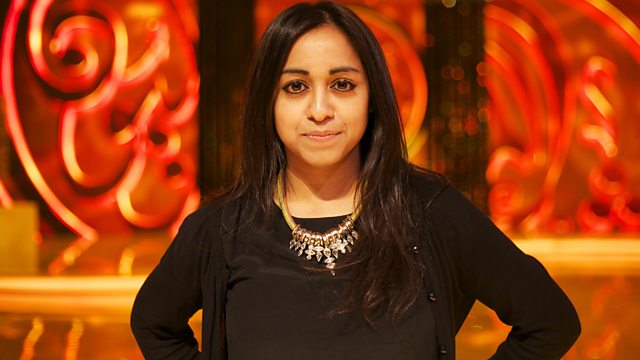 Shahidha Bari travels to Abu Dhabi to join the audience of Million's Poet, a massive televised competition to find the best poet in the Middle East.

Poetry has always had an essential role to play in Arab literature, and the tradition is thriving in unexpected ways. Shahidha Bari travels to Abu Dhabi to join the audience of 'Million's Poet', a massive televised competition to find the best poet in the Middle East.

Every year this huge contest takes place under the spotlight of the television cameras in Abu Dhabi. Million's Poet is broadcast live across the Middle East and has a huge following, with judges and viewers both having the chance to vote for their favourite poet. There's plenty at stake, as the top prize is an eye-watering five million United Arab Emirate dirhams, a figure getting close to one million pounds.

So how did this TV contest get started, and why do people tune in to hear poets reading their work? It's not the sort of show that would be likely to take off in the west. Shahidha Bari talks to judges, competitors, and the audience to find out the secret of Million Poet's success.

Poetry, she finds, has a particular role in the Middle East as a valued art form in a changing world. an outlet for expression for anyone from the ruler to the doorman, all of whom are free to enter Million's Poet.