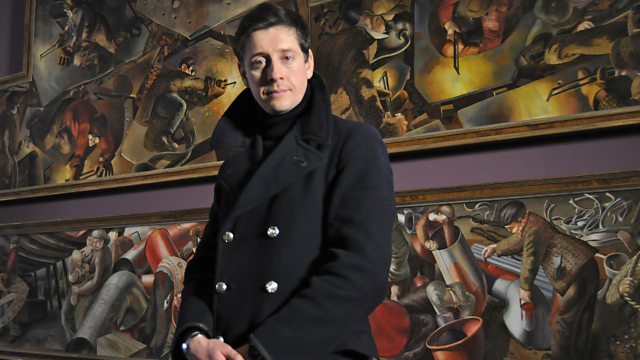 Stanley Spencer: The Colours of the Clyde

Documentary examining English artist Stanley Spencer and his Shipbuilding on the Clyde series, one of the most astonishing - and least likely - achievements in British art.

Stanley Spencer's Shipbuilding on the Clyde is one of the most astonishing - and least likely - achievements in British art. These colossal portraits of shipyard life were created by a painter best known for his intense, spiritual visions of the English countryside.

World War II uprooted Spencer and sent him to Scotland. But the harsh industrial landscape of Port Glasgow inspired an astonishing vision - and revived Spencer's creative passion. Artist Lachlan Goudie - who himself has been painting in the last of the Clyde shipyards - goes in search of his hero, tracking down the original designs for Spencer's ambitious scheme, meeting the shipyard foreman who helped the eccentric Englishman with his work, and revealing how one of the 20th century's greatest artworks began as a doodle on a roll of cheap toilet paper.

See all clips from Stanley Spencer: The Colours of the Clyde (2)