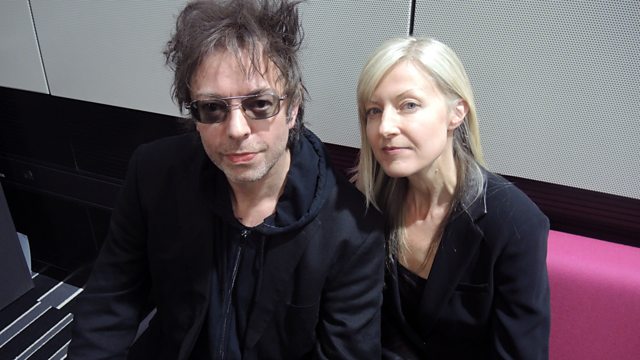 Ian McCulloch of Echo and the Bunnymen joins Mary Anne for a Key of Life interview in which he talks about his first pair of glasses, Elvis impressions, and his all-time heroes.

Ian McCulloch of Echo & The Bunnymen joins Mary Anne for an intimate Key of Life interview. Ahead of the release of the band's brand new album, they chat about McCulloch's first pair of glasses, Elvis Presley impressions, and his all-time heroes, Sooty and Sweep.

Formed in 1978, Echo & The Bunnymen were one of the most acclaimed alternative groups of the 1980s, releasing eleven studio albums and conquering audiences the world over.

This show also features a world exclusive first play of a brand new Patti Smith song. Co-written with Lenny Kate and featuring the Kronos Quartet and Clint Mansell, Patti's 'Mercy Is' will appear in the new Darren Aronofsky film Noah.