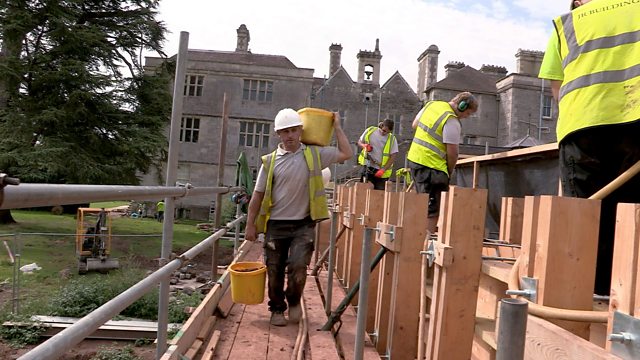 Documentary series following the work of Britain's environment planners. Did the lord of the manor at Elmore Court, Anselm Guise, secure the future of his ancestral home?

In this episode, three national house builders targeted greenfield sites outside Winsford in Cheshire. They proposed to build nearly 500 new homes in the area but the locals did everything they could to derail the development. What was the final fate of these greenfields in Tarporley?

A Cheltenham resident spent £15,000 on a planning application for a dropped curb outside her home, only for it to be refused, so what did this determined homeowner do next?

And after securing planning permission to build a state-of-the-art wedding venue in the grounds of Elmore Court. Did the lord of the manor, Anselm Guise, secure the future of the ancestral home that has been in his family for 750 years?