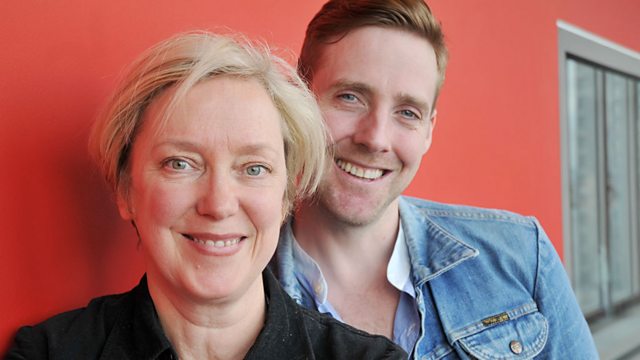 Ricky Wilson of Kaiser Chiefs talks about The Voice UK and the band's new album, plus comic Russell Kane chats about his show and crimewriter Louise Welsh talks about her new book.

RICKY WILSON of the Kaiser Chiefs talks about 'The Voice UK' and the band's new single 'Coming Home' which is out on 31st March.

The multi-award winning comedian, acclaimed author and star of Live at the Electric and Unzipped - RUSSELL KANE chats about touring his show 'Smallness'.

Crime writer LOUISE WELSH drops by to talk about her new book 'A Lovely Way To Burn'.

We celebrate theatre company Borderline's 40th anniversary with one of the company's longest serving Producers EDDIE JACKSON. And 'A Slow Air' by DAVID HARROWER goes on tour this week and is the first event of Borderline's 40th anniversary celebrations which are taking place throughout the year. Janice talks to David Harrower about what it means to him to be bringing his most personal and local play to smaller venues across the country.

Plus from the Glasgow International Comedy Festival, 'Butterfly Kiss' written by and starring DAVE ANDERSON is a play full of Glasgow banter and seasoned with a teenage love of all things Americana.

And we're waiting by the letter box for another Poetry Postcard, tune in to find which Commonwealth country it comes from this week.