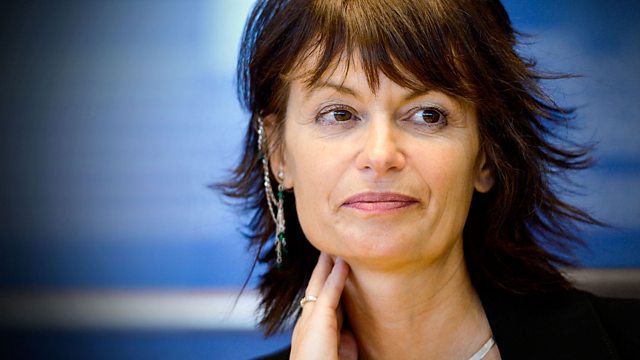 Biologist Prof Anne Glover of Aberdeen University tells Jim Al-Khalili about why she became the first scientific adviser in Scotland and then took on the same job in Europe.

Anne Glover is currently one of the most influential scientists in Europe. She advises the President of the European Commission on the research behind issues ranging from nuclear power to genetically modified foods. She talks to Jim al-Khalili about how she makes an impact working across the many countries in Europe with different ideas about science. For example, Germany and France have very different attitudes to nuclear power.

Anne Glover is also a Professor at Aberdeen University where she uses glow in the dark microbes to solve problems such as polluted land. It's a technique she developed after seeing minute glowing creatures while swimming at night in the Algarve.

She tells Jim about her life in the lab, setting up a company to exploit her bioluminescent microbes and how she gets on in the world of politics.