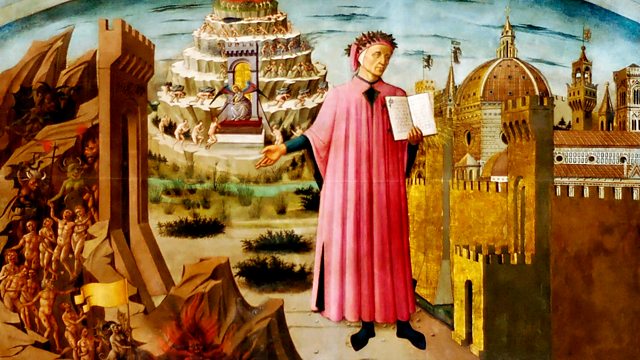 A glorious conclusion to Dante's journey as he and Beatrice ascend through Paradise. Epic poem dramatisation. Stars John Hurt.

In Episode 3: Paradiso, Dante's spiritual journey comes to a glorious conclusion as he (Blake Ritson) is led by Beatrice (Hattie Morahan) through the spheres of Paradise and into the presence of God himself. As they ascend, they encounter a number of souls who have also achieved blessedness.

Many years later, the older Dante (John Hurt), still in enforced exile from his beloved Florence, reflects on the episodes from his life that have inspired his great poem.

All other parts are played by members of the company

The Divine Comedy is dramatised by Stephen Wyatt

Sound design is by Cal Knightley