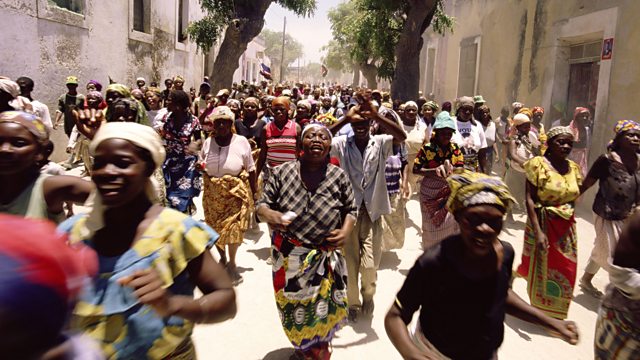 Photographer and film director Harry Hook, who grew up in Sudan and Kenya, uses his images to tell a personal story as he crosses Africa to visit remote tribal groups.

Photographer and film director Harry Hook, who grew up in Sudan and Kenya and has been documenting life in Africa for 40 years, uses his images to tell a personal story as he crosses the continent to visit remote tribal groups.

Harry tracks down five Samburu women he first photographed in Kenya 30 years ago. His aim is to give them a copy of their portrait and discover how their lives have changed over three decades. The search will be no small task - Samburuland covers an area the size of Wales and, as a semi-nomadic group, the women may well have moved great distances.

During his search Harry witnesses a Lenkarna Lmuget, a once-in-a-decade coming-of-age ceremony for Samburu warriors, as they are initiated to become elders.

There are not many parts of Africa where the lure of the city life is not felt. Harry ventures to isolated communities and encounters people living with one foot rooted in a rich cultural past, but who also embrace the here and now of contemporary Africa.

Africa straddles the equator which bestows a rich diversity of wildlife and landscapes on the world's second largest continent.

Discover more about African wildlife on the BBC Nature site