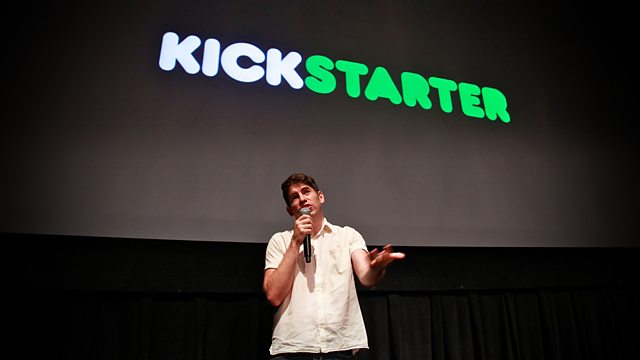 Arts news, interviews and reviews, including Veronica Mars reviewed, the changing face of crowdfunding, and Vivienne Franzmann on her new play set in a prison. With Kirsty Lang.

Veronica Mars, the film spin-off of the noughties TV show, is the first major Hollywood film to be crowd-funded. Raising its entire budget through the Kickstarter platform, its success inspired other high profile stars including Spike Lee and Zach Braff to finance their passion projects through the site. Briony Hanson, Head of Film at the British Council, reviews the film and discusses the impact of Kickstarter on film financing.

To discuss the impact of Kickstarter - which marked another milestone last week as total pledges to the site surpassed $1 billion - CEO and co-founder Yancey Strickler discusses the future for the platform, and whether controversial pitches by celebrities are really contrary to the site's original ethos.

Vivienne Franzmann's first play, Mogadishu, explored the culture of a contemporary London secondary school. It drew on her background as a secondary school teacher and went on to win her the Bruntwood Prize - the UK's biggest national playwriting competition - in 2008. Franzmann is now a full-time playwright and as her third play, Pests, opens at the Royal Exchange Theatre in Manchester, she talks to Kirsty Lang about her writing life and being inspired by the women she came across as a resident prison playwright.

As Ricky Gervais prepares for his UK tour as David Brent and his backing band Foregone Conclusion, David Quantick looks at the history of the fake band from Spinal Tap to The Rutles.

Pests by Vivienne Franzmann is on at the Royal Exchange Theatre, Manchester from Wednesday 12 until Saturday 22 March 2014. It then transfers to the Royal Court Theatre, London from Thursday 27 March until Saturday 3 May 2014 and then onto further locations. For more information please visit Clean Break.

Talking to Ourselves written by Andrés Neuman is published by Pushkin Press.