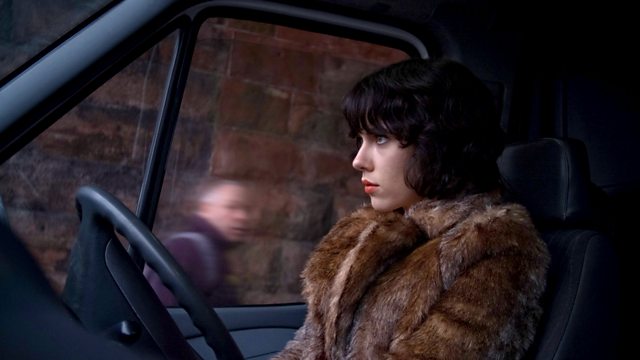 Scarlett Johansson in Under the Skin reviewed; changing book publicity tactics discussed; the return of Shetland to the BBC; novelist Karen Joy Fowler on chimp manners.

Scarlett Johansson plays an alien wandering around Glasgow looking for human prey in Under The Skin, which was filmed without some of the cast realising they were in a movie or that they were talking to a Hollywood star. Novelist Toby Litt delivers his verdict on Jonathan Glazer's adaptation of Michael Farber's science fiction novel.

On the day research from the University of Sheffield shows half the country picks up a book at least once a week for pleasure, and 45% prefer television, Front Row looks at the fast changing world of publicising books. Publishers are producing their own book programmes and podcasts, authors are appearing in online trailers and are increasingly responsible for promoting their own work. Kirsty finds out about the latest developments from Cathy Rentzenbrink from the Bookseller, Sara Lloyd from Pan Macmillan and author Toby Litt.

Karen Joy Fowler's novel The Jane Austen Book Club spent 13 weeks on the New York Times bestseller list and was a successful Hollywood film. She talks to Kirsty about her latest book We Are All Completely Beside Ourselves. It's the story of an American family - with a twist. Karen explains how she drew upon her psychologist father's work with rats and chimpanzees when writing the novel, and how important it is to learn good 'chimp manners' when visiting a chimp colony.

After a successful on-air pilot, Douglas Henshall returns as a detective and single dad in Shetland, an adaptation of Ann Cleeves' series of crime novels about nefarious activities on the remote Scottish islands.

Under The Skin, starring Scarlett Johansson as an alien in human form, is in cinemas in key UK cities from Friday 14 March, certificate 15.

We Are All Completely Beside Ourselves by Karen Joy Fowler is out now published in hardback, paperback, ebook and audiobook by Serpents Tail.

Episode 1 of the new series of BBC Scotland TV crime drama Shetland is on BBC 1 at 9pm tonight (Tuesday 11 March).