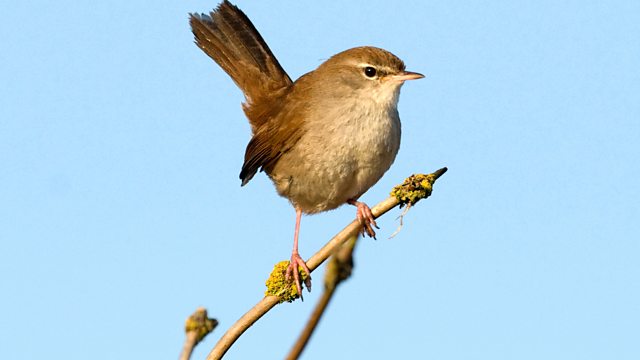 Bill Oddie presents the Cetti's warbler. Until the 1960s, Cetti's warblers were unknown in the UK but on the Continent they were common in marshy areas, especially dense scrub and the edge of reed-beds and ditches. They first bred in these habitats in south-east England in the early 1970s and by the end of the century their loud and sudden song-bursts were startling people from southern England and South Wales and northwards as far as Yorkshire.