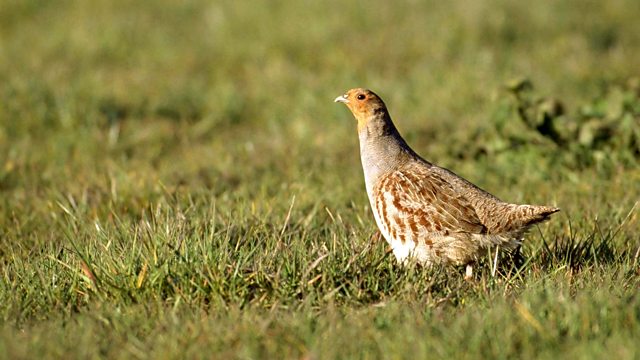 Bill Oddie presents the Grey partridge. The grey partridge, a plump game bird, is now a rarity across most of the UK. Found on farmland, a partridge pair will often hold territory in a few fields beyond which they seldom stray during their whole lives. They should be doing well but increasing field sizes, which reduce nesting cover and the use of pesticides, which kill off vital insects, have taken their toll.