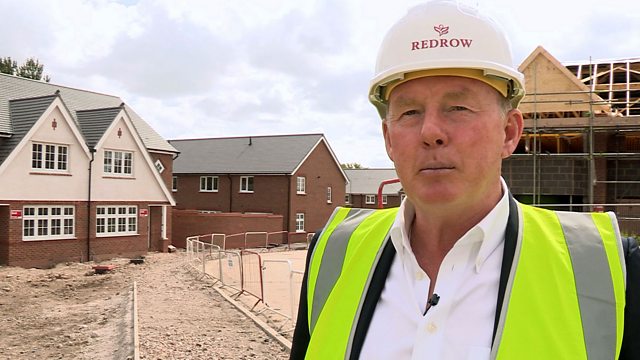 Documentary series following the work of Britain's environment planners. In this episode, one of Britain's biggest house builders proposes to build 1,500 homes near Ellesmere Port.

In this episode of Permission Impossible: Britain's Planners, one of Britain's biggest house builders is proposing to build 1,500 homes near Ellesmere Port in Cheshire. While many local objectors are concerned about losing the green fields, one couple stand not just to lose their business but the home they've lived in for 22 years.

In Denbigh, North Wales head of planning, Graham Boase is on a mission to save a Grade II listed building. Denbigh Hospital was built in 1848 to care for mentally ill patients. Now the building is in the hands of private developers who have let it fall into disrepair. The planners want to issue a compulsory purchase order forcing the owners to sell them the building, but they need the full backing of the planning committee. Will permission be granted to save this historic building?

In the sleepy hamlet of Butterow in the Cotswolds, a landowner has applied for planning permission for a builders' yard at the end of a residential lane. For local residents and objectors, the prospect of having their quiet country idyll interrupted by heavy goods vehicles hasn't gone down well. And in Frodsham, Cheshire, a property developer has plans to build two new and contemporary design homes. But will the objectors stop the scheme from going ahead?