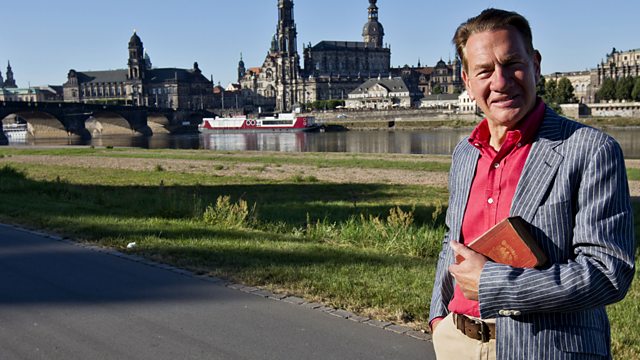 Steered by his 1913 railway guide, Michael Portillo learns how tourists in Germany in the early 20th century would have been visiting quite a new country.

Steered by his 1913 railway guide, Michael Portillo explores Germany, the powerhouse of today's European Union, and learns how tourists in the early 20th century would have been visiting quite a new country, which they admired and envied but also feared.

Beginning in Dresden, Michael explores the city of one of his favourite opera composers, Richard Wagner. He learns about the health craze of the time and attempts the equivalent of a 1913 Jane Fonda workout. He travels to Leipzig on a historic railway line, built by British engineers in 1839. In Brunswick, he learns how the arrival of the railway added its own flavour to the local beer before moving on to Hamburg, where he discovers model railway-making on the grandest of scales.

In Kiel, Michael learns about the intense rivalry between Kaiser Wilhelm of Germany and his uncle, British King Edward VII, at the Kiel Week yacht races. Michael boards an early 20th-century yacht to experience the thrill for himself and learns how British yachtsmen spied on the German navy.