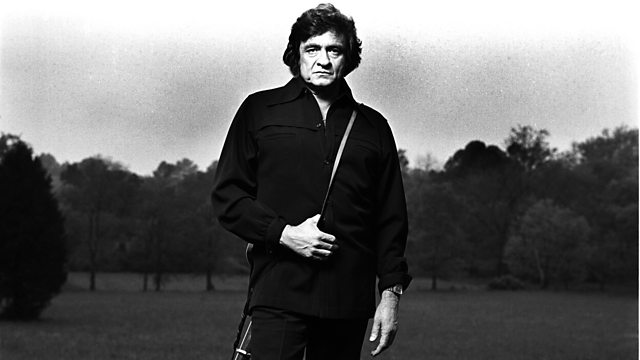 An enormous Viking longboat - the biggest ever discovered - is the central piece in the British Museum's new exhibition about the Viking era. Taking pride of place in the museum's newly-constructed Sainsbury Exhibitions Gallery, the longboat is surrounded by other artefacts of warfare, as well as many treasures that the Vikings created - or looted. A year ago, British Museum director Neil MacGregor took John round the work-in-progress when the gallery was still a building-site; now he explains how the new space will aid future displays, and curator Gareth Williams gives John a tour of the ferocious Viking weaponry and stunning jewellery.

As part of a BBC series marking the centenary of World War One, Ian McDiarmid (Star Wars) and Tim Pigott-Smith (Spooks) star in political thriller 37 Days. Set in Whitehall and Berlin during 1914, the factual drama chronicles the count down to the start of the First World War. Sarah Crompton reviews.

John Carter Cash talks about his father and his legacy as never-heard-before recordings, made in the 1980s during Cash's last days with his long-time label Columbia Records, are being released.

A lost novella by Jack Kerouac has been published for the first time, more than seventy years after the author left it in a university dorm room in New York. The Haunted Life is a coming of age story and, like much of Kerouac's later work, is autobiographical. Michael Carlson discusses whether Kerouac's early writing tells us anything new about his later works, On the Road and Big Sur.

Vikings: Life and Legend is on at The British Museum, London from Thursday 6 March until Sunday 22 June 2014.

Gallery of artefacts from exhibition: Vikings: Life and Legend

Out Among the Stars

Out Among the Stars a posthumous release by Johnny Cash is available from Monday 31 March 2014.