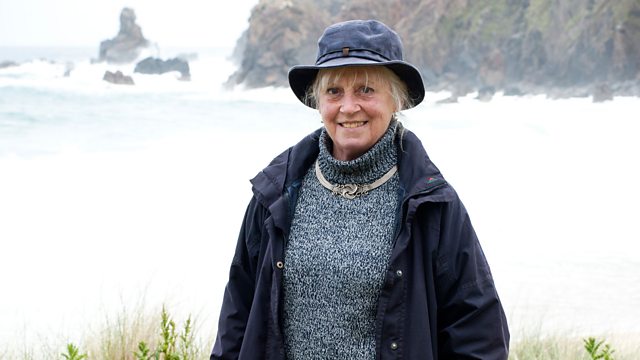 Kirsty Young's castaway this week is the author and illustrator Mairi Hedderwick.

Her most famous creation is a little red-haired character called Katie Morag who - in wellies and a kilt - has skipped her way through fourteen books and a 26-part TV series. Katie lives on the imaginary Isle of Struay with her parents, siblings, cousins, granny and prize-winning sheep Alecina. Like her creator she relishes the rhythms and freedoms particular to life on a wee Scottish island. But that's where the similarities end - the author was born and brought up an only child on the mainland of the lowlands. She lost her father when she was just twelve and says she was never part of a close-knit family.

As a grown-up, all she wanted was to quit the rat race and be an island crofter, but after a decade she left her dream behind in favour of a more stable income and a secondary school for her children.

She says, "I have a notion that children's writers explore unresolved questions in their own childhoods. I certainly do."

See all clips from Mairi Hedderwick (2)