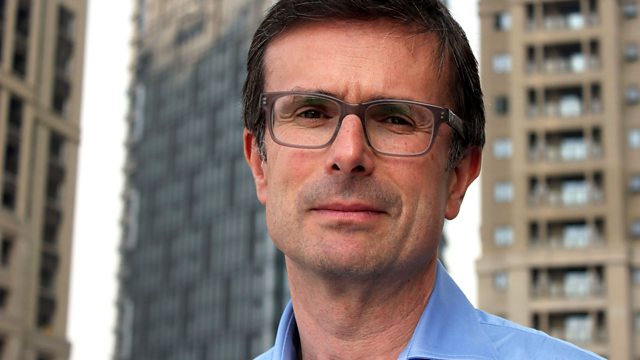 How China Fooled the World - with Robert Peston

Robert Peston travels to China to investigate how the economic giant could actually be in trouble. It is a story of spending and investment on a scale never seen before.

Robert Peston travels to China to investigate how this mighty economic giant could actually be in serious trouble. China is now the second largest economy in the world and for the last 30 years China's economy has been growing at an astonishing rate. While Britain has been in the grip of the worst recession in a generation, China's economic miracle has wowed the world.

Now, for BBC Two's award-winning strand This World, Peston reveals what has actually happened inside China since the economic collapse in the west in 2008. It is a story of spending and investment on a scale never seen before in human history - 30 new airports, 26,000 miles of motorways and a new skyscraper every five days have been built in China in the last five years. But, in a situation eerily reminiscent of what has happened in the west, the vast majority of it has been built on credit. This has now left the Chinese economy with huge debts and questions over whether much of the money can ever be paid back.

Interviewing key players including the former American treasury secretary Henry Paulson, Lord Adair Turner, former chairman of the FSA, and Charlene Chu, a leading Chinese banking analyst, Robert Peston reveals how China's extraordinary spending has left the country with levels of debt that many believe can only end in an economic crash with untold consequences for us all.

The Coffee Trail with Simon Reeve