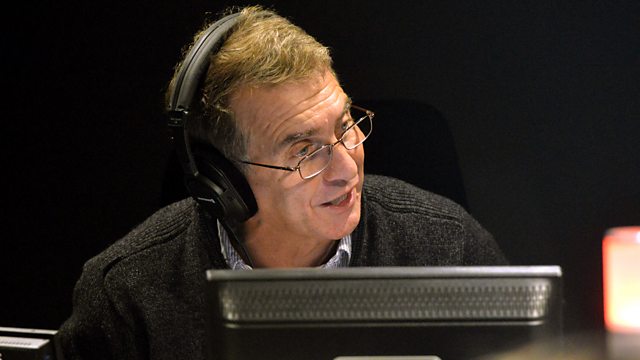 4 Extra Debut. Exploring its musical future - sports presenter Garry Richardson fulfils an ambition to sing with a Big Band. From 2014.

But Big Band is a dying art whose future depends on a few old timers determined to keep the art alive. Garry meets one of them, Tony Douglas, the charismatic 84-year-old leader of a legendary amateur band who invites Garry to train for the headline vocal spot at their next big booking.

We join Garry as he explores the future of Big Band while on the bumpy road towards vocal stardom. Garry issued a challenge on Radio 4's Saturday Live: "Find me a Big Band for me to sing Frank Sinatra with". Responding to that challenge was Tony Douglas, who now runs the amateur Big Band at the celebrated London adult education institute Morley College - a college whose past staff members include Gustav Holst, Michael Tippett and Ralph Vaughan Williams.

Garry also discovers more about the origins of big band music as dance music, sustaining Second World War morale before declining in the wake of rock and roll. But, as he finds out, the genre has not disappeared but morphed into a diverse and chameleon-like form whose future, while not certain, is fiercely defended by devotees.

The climax of the programme is when Garry finally performs at the Spice of Life jazz club in Soho. Is the man whose only claim to musical ability is playing the vibes with both hands, a second Sinatra?