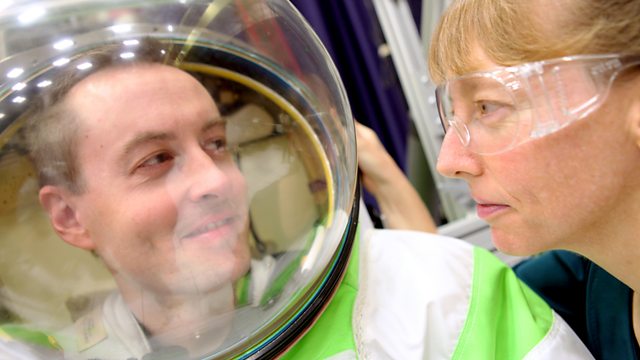 Man on Mars: Mission to the Red Planet

Science documentary series. Horizon goes behind the scenes at Nasa to discover how it is preparing for its most ambitious mission - to land astronauts on the surface of Mars.

Horizon goes behind the scenes at Nasa to discover how it is preparing for its most ambitious and daring mission: to land men - and possibly women - on the surface of Mars.

It's over 40 years since Neil Armstrong made the first human footprint on the moon. But getting to the red planet would involve a journey of at least three years.

Horizon meets the scientists and engineers who are designing new rockets and space suits, and finding ways to help astronauts survive the perils of this long voyage.

And it turns out that having the 'right stuff' for a mission to Mars might not be quite what you expect.