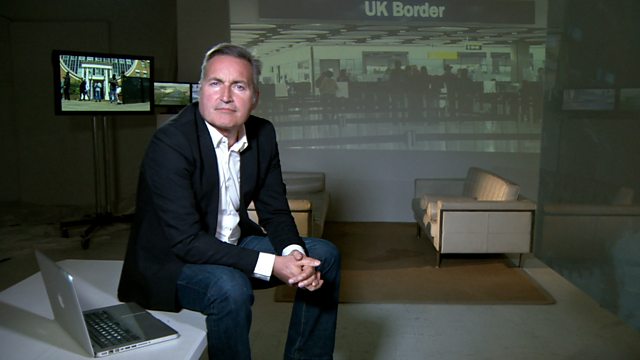 Reporter Richard Watson goes undercover to expose Britain's multimillion-pound trade in immigration visas and the frauds that allow bogus foreign students to remain in the UK.

Panorama goes undercover in Britain's multimillion-pound trade in immigration visas and exposes the breathtaking frauds that allow bogus foreign students - some with little or no English - to remain in the UK.

Around a hundred thousand non-EU students applied to the UK Border Agency in 2013 to extend their stay, but it seems studying is not the main aim for all of them as some simply want to stay on to work illegally.

Reporter Richard Watson unmasks the criminal immigration agents who - in return for cash - secure places at private colleges by arranging forged and fraudulent documents, including bank statements that are good enough to fool immigration officers.

The programme reveals how government-approved exams - designed to weed out those with inadequate English - are being routinely subverted with fake sitters taking spoken English exams for the bogus students and multiple choice tests where they're given all the answers.