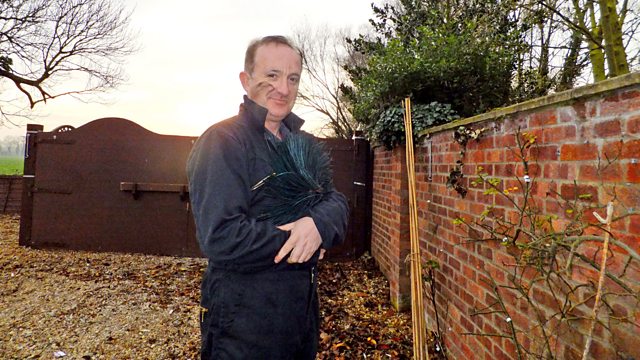 In the latest of his assignments for Radio 4, Steve Carver learns the trade of a chimney sweep.

In the latest of his assignments for Radio 4, Steve Carver learns the trade of a chimney sweep.

As more and more house holders open-up fireplaces and install wood-burning stoves - partly in an attempt to counter rising energy prices - chimney sweeping has become something of a recession-busting business.

The busiest time of year is the run-up to Christmas and it was during this frantic time in December of last year that Steve Carver shadowed two Cambridgeshire chimney-sweeps for a week: Lawson Wight, a sweep of fifteen years' experience, and Ralph While-Paddon, more of a new-comer.

Ralph was in the army for nearly thirty years, leaving as a Lieutenant-Colonel, and enjoys the relatively stress-free life that sweeping allows. However, as Steve discovers, it is all relative: removing birds' nests, knowledge of building regulations and the inner-workings of stoves are all part of a highly-responsible job that both Lawson and Ralph believe should require proper qualifications and regulation - something that, as yet, isn't the case in the UK.