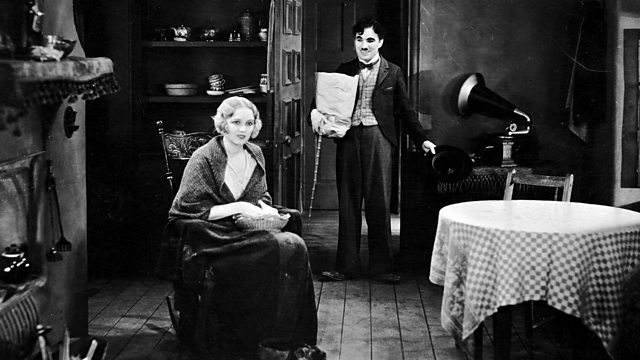 Charlie Chaplin's City Lights is ranked by The American Film Institute as one of the best American films ever made. A silent film released after the introduction of sound into cinema, it was also one of Chaplin's most commercially successful releases.
To mark the centenary of Chaplin's iconic tramp character, Matthew Sweet discusses City Lights with comedian Lucy Porter, actor Paul McGann, film maker and historian Kevin Brownlow, and Chaplin's biographer David Robinson.
Recorded in front of a live audience at the Watershed Arts Centre as part of the Bristol Slapstick Festival.

You can download this programme by searching in the Arts and Ideas podcasts for the broadcast date.
First broadcast 19/02/2014.

Shelagh Delaney's A Taste of Honey, Class in Britain, An Eton Education

You can find out the about the events celebrating 100 years of the Tramp character on the official Charlie Chaplin page and you can explore the Charlie Chaplin archives here.