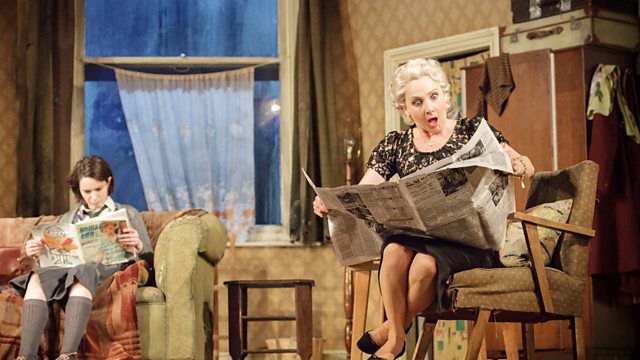 Shelagh Delaney's A Taste of Honey, Class in Britain, An Eton Education

Presented by Philip Dodd. With a review of Shelagh Delaney's play A Taste of Honey at the National Theatre, plus a debate on class in Britain and Eton headteacher Anthony Little.

Shelagh Delaney wrote A Taste of Honey when she was 18. First performed in 1958, a new National Theatre production stars Lesley Sharp and Kate O'Flynn. Oxford historian Selina Todd has a first night review.

And Philip Dodd discusses the pivotal notion of self-worth in terms of achieving social mobility with Douglas Murray, journalist and commentator who was a Director of the Centre for Social Cohesion and is now associate director of the think tank the Henry Jackson Society, Selina Todd, whose new book is called The People, The Rise and Fall of the Working Class 1910-2010 and author and broadcaster Lindsay Johns who is a volunteer mentor for a South London organisation which aims to optimise the social and educational achievements of disadvantaged children.

A Taste of Honey

A Taste of Honey written by Shelgah Delaney is on at the National Theatre, London from Wednesday 19 February until Sunday 11 May 2014.