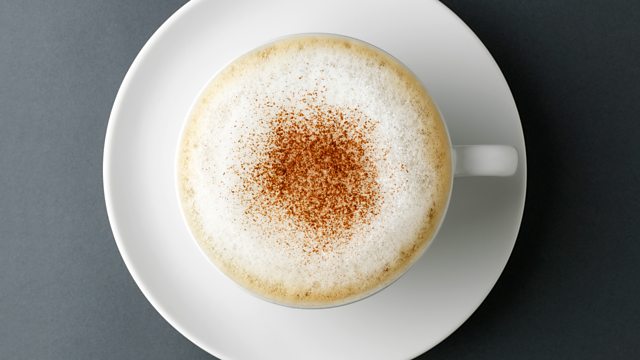 Peter White finds out what has been happening to the eight who secured jobs against a field of 1,700. Will this be the making of them, and what about some of those who missed out?

The Mapperley Costa coffee branch opened a year ago, an opening which hit the headlines when 1701 desperate job hunters applied for just eight positions. Radio 4's Peter White has been tracking the progress of those who did secure work and speaking to some of those who did not: did this prove to be a lucky break or a lucky near-miss and what kind of or career, if any, is available in UK's growing network of coffee chains?

The Costa story was seen as highlighting the effect of recession in the East Midlands, an area with 178,000 out of work and high streets badly hit by the collapse of chains like Comet, Clinton Cards and Jessops. Among those who tried - and failed - to secure the coveted barista jobs were accountants and managers with many years of experience. Times have definitely changed, says area manager, Sham Ramparia: once these kinds of jobs were seen as easy to walk in and out of but he is looking for skill, experience, personality and "a real passion for coffee."

Peter follows Sham as he sifts through application forms, highlighting those peppered with errors, spelling mistakes and inaccuracies. He believes schools could do far more to prepare youngsters for the reality of job hunting and even degree students sometimes fail to grasp of what potential employers might be looking for. As well as many who fall at the early stages, there are some who get as far as being offered jobs on a trial basis but who opt out of the trial - sometimes after less than an hour or so!

As the eight settle into their new roles Sham thinks he has spotted management potential in a couple of them - two 26 year olds, Steve Tomlinson and Heather Davies, who says she has so much passion for coffee "it's unbelievable" Other couples shine out for perhaps less welcome reasons: two workers, Chelsea and Johno, are in love and plan to spend their first wage checks on a first holiday together abroad. Before long Chelsea is abandoning her plans for University in favour of staying put in the Nottingham suburb of Mapperley, an idea which surprises Sham: "I have said to her she should go to University, get her degree and if she wants to she can always come back."

For Steve the Costa job and the chance of being fast-tracked for a management post comes after two years spent on benefits, a time when he sent out hundreds of unsuccessful job applications. He left school at 16, a decision he bitterly regrets and lost his job as manager of a milkshake bar when the business collapsed. It was, he says, a very difficult and demoralising search for work: "I got very low through it. That's why I can't really believe that I got this job, but I think my passion for coffee just shone through. Everyone who knows me has seen a great change in me - there are things I now look forward to and plans i have for the future. This is my life and it's finally taking shape."

But behind the success stories there are still many who are still struggling and others who have yet to properly find their feet. Nineteen year old Christina Delfina was happy to get the Costa work but had her heart set on a job in the airport. When she left Costa to finally give that a go, she found that it didn't work out. Now she is back at the Mapperley Costa branch and reviewing her options. Gone is the blessed glow of those opening days and instead she struggles with what lies ahead: "I've never been lucky - perhaps because I don't expect much...I'm not sure now what I'll do or where I'll go, it's so difficult thinking of plans for your life.".

See all episodes from Cappuccino Careers