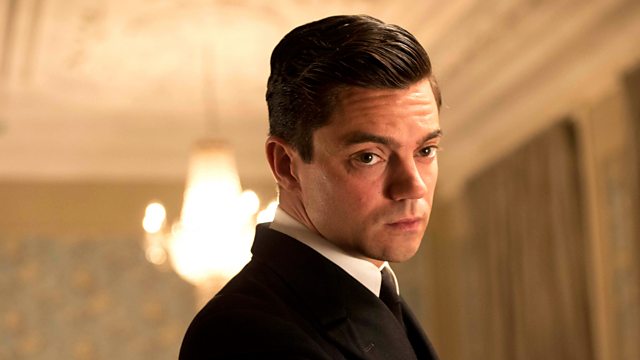 Tom Sutcliffle and guests review Fleming, the new drama series about the creator of James Bond, plus Spike Jonze's film Her and the new exhibition of Richard Hamilton's work.

Tom Sutcliffe and guests - David Aaronovitch, Natalie Haynes and Dreda Say Mitchell, review the Spike Jonze's film Her. Released in time for Valentine's Day, it's a romantic tale of loneliness, desire and boy meets artificial intelligence set in the not too distant future. So will love blossom?

Tate Modern presents the first major retrospective of the work of Richard Hamilton. A founding figure of pop art he continued to work into his eighties, exploring different media and engaging with contemporary politics throughout his career. How well does such a diverse body of work sit together?

Tim Pears' eighth novel 'In the Light of Morning' was inspired by his father who was parachuted into German occupied Yugoslavia at the end of the Second World War. He has called it the novel he has "always been going to write" - so does his impulse to write this Balkan story translate well to the page?

'Fleming' is the new TV drama series about Ian Fleming, the creator of James Bond. It focuses on his wartime career in Naval Intelligence replete with glamorous locations, luxurious interior sets, dashing period costumes and a cast which includes Dominic Cooper, Lara Pulver and Sam West. But what light does it shed on the writer and his iconic creation?

Tennessee Williams spent much of his life living in hotels, dying in one in 1983 - and he set a number of plays in them. Three of his one act 'Hotel Plays' are now showing at the Langham Hotel in London, we checked in on them this week.

Written and directed by Spike Jonze, Her is released in UK cinemas on Friday 14 February, certificate 15.

The Hotel Plays - Green Eyes, Sunburst, The Pink Bedroom - by Tennessee Williams, are presented by Defribrillator Theatre at The Langham Hotel in London, until Saturday 8 March 2014.

The exhibition Richard Hamilton is at Tate Modern in London, 13 February - 26 May 2014.

In The Light of Morning

In The Light of Morning by Tim Pears is published by William Heinemann part of Cornerstone Publishing.