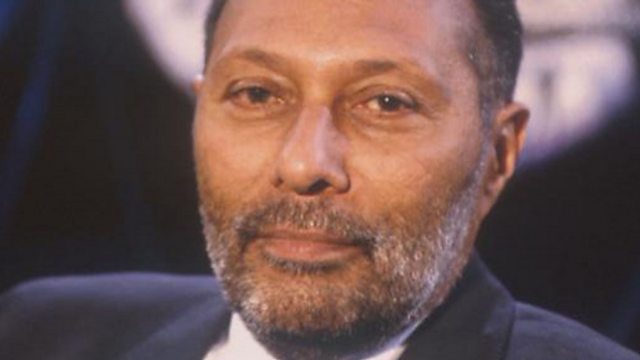 A tribute to the leading cultural theorist Stuart Hall, who died this week. Laurie Taylor explores his life, influence and legacy.

In memory of Stuart Hall: a special programme paying tribute to the leading cultural theorist and former director of the Birmingham Centre for Cultural Studies. A pioneer of 'multiculturalism', he documented the changing character of 'post Imperial' British society. Laurie Taylor is joined by Caspar Melville, Lecturer in Global Creative and Cultural Industries at SOAS, Baroness Lola Young and Jeremy Gilbert, editor of the journal, New Formations. They explore Stuart Hall's life, influence and legacy.

Numbers in Global Politics; Gay Rights and Religion in Belfast

Lecturer in Global Creative and Cultural Industries at the School of Oriental and African Studies, London

Find out more about Lola Young

Find out more about Jeremy Gilbert

Thank you for all your entries.

These are now being reviewed by the judges for the Award, Professor Dick Hobbs, Professor Henrietta Moore, Dr Louise Westmarland, Professor Bev Skeggs. The Chair is Professor Laurie Taylor. (Please do not contact any judges directly).

The judges will be looking for work which displays flair, originality and clarity, alongside sound methodology. The work should make a significant contribution to knowledge and understanding in the relevant area of research.

The finalists will be contacted by telephone early spring of 2014 and the winner of the Award will be announced at the BSA Annual Conference in April 2014.

Please see the Terms & Conditions for all the rules.