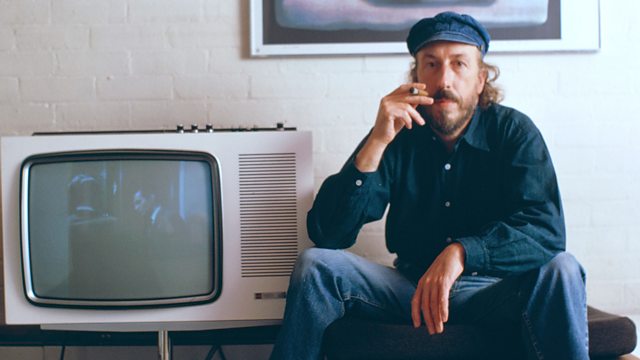 George Clooney directs and stars in The Monuments Men, a drama set in the Second World War. Based on a true story, he plays a member of a group of curators and scholars attempting to rescue art works from the Nazis. The film co-stars Matt Damon, Bill Murray, Cate Blanchett and John Goodman. Larushka Ivan-Zadeh reviews for Front Row.

Tennessee Williams spent much of his later life living in hotel rooms, inspiring his 'hotel plays' which open this week in performance at London's Langham Hotel. John meets the director, set designer and cast from Defibrillator theatre to talk about the logistics of staging three plays in three different rooms on three floors of the grand hotel.

Grammy-winning singer songwriter Enrique Iglesias began his career as a Spanish language artist before crossing over to the English market with hits like Bailamos and the global number one single Hero. Now releasing his tenth album, he talks to John about keeping his record contract secret from his father Julio Iglesias, and why he sees concern over sexualised music videos as hypocritical.

The Monuments Men is on general release in UK cinemas this Friday 14 February 2014, certificate 12A.

The Hotel Plays by Tennessee Williams, incorporating three one-act plays - Green Eyes, Sunburst and The Pink Bedroom - run at The Langham Hotel in London from Tuesday 11 February to Saturday 8 March with matinees on Sundays.

The first retrospective of pop artist Richard Hamilton's work is at the Tate Modern in London from this Thursday 13 February to 26 May 2014.

The Institute of Contemporary Arts in London also presents two installations Man, Machine and Motion (1955) and an Exhibit (1957) by Richard Hamilton, to coincide with Tate Modern's retrospective, from this Wednesday 12 February to 6 April 2014.

SEX + LOVE by Enrique Iglesias (his tenth album) will be out on 18 March on Universal and Island Records.