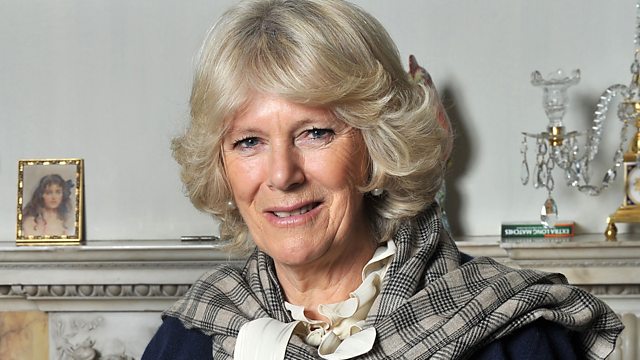 Duchess of Cornwall on Shakespeare; Women in comedy; Teaching consent; Living to Over 100

The Duchess of Cornwall talks about Shakespeare in schools; women on comedy TV panel shows; teaching consent; and living to over 100. Jane Garvey presents the female perspective.

The Duchess of Cornwall gives her verdict on young performers at the Shakespeare Schools Festival, which offers students from all backgrounds the opportunity to perform on their local professional stage. We discuss the benefits of performing Shakespeare for children today.

The Director of BBC Television says there be at least one woman on every BBC TV Panel show. So are quotas on entertainment shows a good idea or should it be all about the quality of the talent?

Life expectancy for girls has officially broken the 100-year barrier for the first time according to Public Health England. So how should young women be preparing for their future and what might that future look like?

Katy B; Why we cheat on our partners; Growing up in care

Should we teach consent in schools?

This is Abuse - Government campaign

On Sunday Danny Cohen, the Director of BBC Television, told The Observer that “We're not going to have any more panel shows with no women on them. It's not acceptable.” So why was it ever “acceptable” to have all male panel shows? Are they a medium that thrive on a more “laddish” type of humour?  And is it fair to impose quotas on entertainment programmes?  Jane is joined by Christina Odone and comedian Katy Brand.

Henry V played by a 10 year old? The charity Shakespeare Schools Festival , the UK's largest Youth drama festival,  offers students from all backgrounds the opportunity to perform Shakespeare on their local professional stage. We went to a special performance last month at the Palace Theatre in Southend, attended by the Duchess of Cornwall. We spoke to some of the students and caught up with the Duchess at the end of the show to ask her what she thought of the young performers. And in the studio the CEO of Shakespeare Schools Festival, Penelope Middelboe and Lindsey Shaw, a drama teacher, join Jane to discuss what young people today can get out of performing Shakespeare.

Recent figures from Public Health England showed that life expectancy for girls in parts of England had officially broken the 100-year barrier for the first time. How do we prepare for the fact that we are all living longer and what will be the impact on our working and family lives? Jane is joined by Dr George Leeson, the Co-director of the Oxford Institute of Population Aging at the University of Oxford, Angela Neustatter, the journalist and author of The Year I turn... a quirky a-z of aging and the journalist Cristina Odone to discuss this.