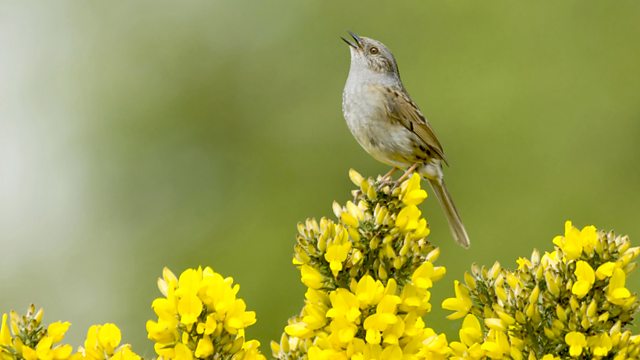 John Aitchison presents the dunnock. You'll often see dunnocks, or hedge sparrows, as they were once called, shuffling around under a bird table or at the bottom of a hedge. They're inconspicuous birds being mostly brown with a greyish neck and breast. They aren't, as you might imagine, closely related to sparrows, many of their nearest relatives are birds of mountainous regions in Europe and Asia.