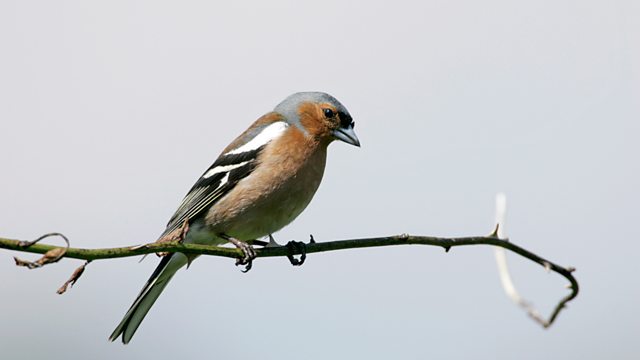 John Aitchison presents the chaffinch. The name chaffinch refers to its habit of flocking in stubble fields, often in the company of other birds, to sort through the chaff for seeds. In less tidy times when spilled grain was a regular feature in farmyards and stubble was retained for longer periods, these winter flocks were widespread.