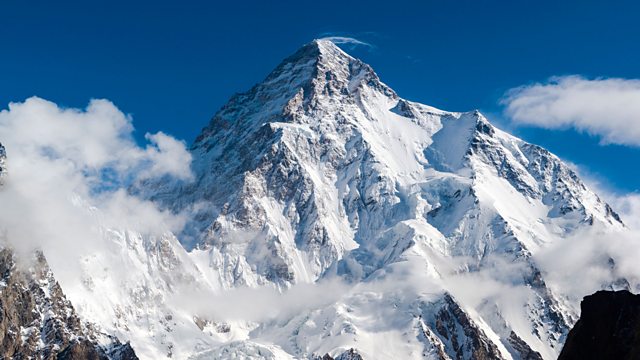 A Storyville documentary: the deadliest day in mountaineering history, when 11 climbers were killed during a descent of K2, the world's second highest mountain, in August 2008.

In August 2008, 25 climbers from several international expeditions converged on high camp of K2, the final stop before the summit of the most dangerous mountain on earth. Just 48 hours later, 11 had been killed or simply vanished, making it the deadliest day in mountaineering history.

In a century of assaults on K2, only about 300 people have ever seen the view from the planet's second highest peak. More than a quarter of those who made it didn't live long enough to share the glory.

At the heart of this documentary lies a mystery about one extraordinary Irishman, Ger McDonnell. At the very limit of his physical resources, he faced a heartbreaking dilemma. Through recreations, archive and home movie footage, and interviews with survivors and families, the film creates a forensic, vivid version of events that is emotive, engrossing and, at times, deeply shocking.

Cutie and the Boxer

What is more important, story or character?
I don't place one more important than the other, but to me, everything must serve the story.

What made you first want to explore the subject?
I have always been drawn to stories that feature extremes. Endurance, breakthroughs, firsts, it is after all human nature to challenge and explore. So when I was told that of every four people to have stood on the summit of K2 one has died trying to get there, I wanted to know why someone would put themselves at such risk. Not being a climber myself, it seemed a peculiar form of insanity, and in the light of the August 2008 summit attempt, a particularly tragic one.

How long did it take to get the film off the ground?
The whole film process was four years. We did some initial interviews and tests for approaches to the reconstructions over the first two years whilst attempting to raise finance for the film. The final two years was in full production.

What were you most surprised to learn in the course of production?
I'm not entirely sure how I felt about the climbers who died and those who survived. Like many, I was perhaps too critical of their actions, for taking such ridiculous odds, without understanding why, but when we started to piece together the incredible testimonies of the events of the climb, I started to see things somewhat differently. It wasn't insanity anymore, more the climbers obsession and love with K2, and a desire to achieve personal dreams, and a complex set of reasons that would take more than this film to ever truly explore.

What have been the differences in reception to the film in countries it has now travelled to?
Responses to the film have been pretty much the same across the world. There is a fascination as to why people climb and put themselves in this situation. The film isn't so much an analysis of this, but more of an experiential one, putting you in the boots of the climbers on the mountain in August of 2008. To that end the reaction has been one of fear and sometimes shock.

Which documentary has most inspired you?
I have seen so many great documentaries that to pick one single one is hard. I don't make lists, but One Day in September would probably be on the top prior to making The Summit. My background is in narrative fiction, and I drew more on that than through traditional documentary forms. We played with conventions and narrative, and the use of reconstruction is to some a problem within documentary, however I felt as a film maker, that we should use whatever tools necessary to enable us to tell this story. The key driver in everything was the truth. The events at times can seem like a fiction, but we were very careful to portray only that which we were told in interviews. I didn't want to sensationalize any of the deaths in the film. To me it was important to engage the audience in the narrative and to portray the shocking simplicity in how one can die in these extreme environments.

Person you’d most like to interview (living or dead?)
That’s a pretty tough one...John Huston or Stanley Kubrick.

Best piece of filmmaking advice you’ve ever been given?
Trust your instincts.

Best piece of filmmaking equipment you can’t live without?
I guess you can't make films without a camera, unless it's entirely archive, but I do love to travel and shoot.

If money was no object, what is your dream documentary subject?
The next film!

Favourite film of all time?
Very dependent on mood; 2001, Jaws, the Godfather.

Most difficult access?
It would be getting access to film K2 itself with the Pakistan military. It took over a year for permits and clearances.