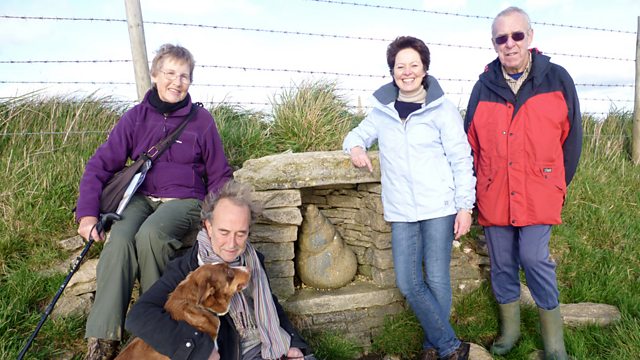 Helen Mark hears why Dorset has been used as a laboratory by the arts group Common Ground. A sculptor and composer share their work that has been directly inspired by the county.

For thirty years, the arts and environment organisation Common Ground has used Dorset as a kind of laboratory for its work celebrating local distinctiveness, before rolling their projects out elsewhere around the UK. Helen Mark hears from Common Ground co-founder Sue Clifford why they began Apple Day events near her home in Shaftesbury, as a way of celebrating and protecting old apple orchards. Helen also meets the sculptor Peter Randall-Page who was commissioned to carve some small wayside sculptures along a footpath above Lulworth Cove, and the composer Karen Wimhurst reflects on Confluence, the three year music project she was involved in that celebrated the river Stour, from its source to the sea.

But now that the Common Ground co-founders are retiring, Helen also meets Adrian Cooper, who's taken the helm, and is steering the organisation into new waters.