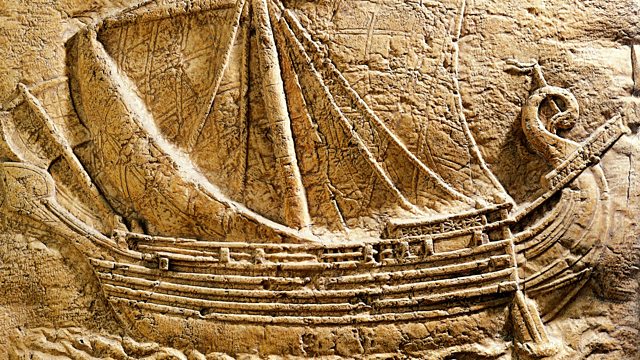 Melvyn Bragg and his guests discuss the Phoenicians, the celebrated maritime traders of the ancient Mediterranean.

Melvyn Bragg and his guests discuss the Phoenicians. The Greek historian Herodotus wrote about a people from the Levant who were accomplished sailors and traders, and who taught the Greeks their alphabet. He called them the Phoenicians, the Greek word for purple, although it is not known what they called themselves. By about 700 BC they were trading all over the Mediterranean, taking Egyptian and Syrian goods as far as Spain and North Africa. Although they were hugely influential in the ancient world, they left few records of their own; some contemporary scholars believe that the Phoenicians were never a unified civilisation but a loose association of neighbouring city-states.

Josephine Quinn
Lecturer in Ancient History at the University of Oxford

Josephine Quinn at the University of Oxford

Cyprian Broodbank, The Making of the Middle Sea: A History of the Mediterranean from the Beginning to the Emergence of the Classical World (Thames and Hudson, 2013)