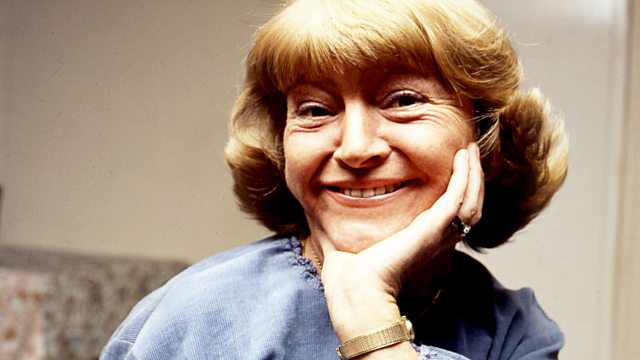 Lynne Truss looks back on the remarkable career of Dora Bryan with handpicked highlights from the actress's BBC radio archive.

A celebration of the life of Dora Bryan, hailed as one of Britain's great all-round performers.

With her unmistakable voice and scene-stealing comic timing, Dora was a regular pleasure of 1950s and 60s British cinema, playing a series of 'tarts with hearts'. But she was just at home on stage performing Pinter, belting out show tunes in Hello, Dolly! or captivating listeners from behind a microphone. And well into her 70s she was still in the West End singing, dancing and doing the splits.

* Desert Islands Discs from 1987, when Dora was Michael Parkinson's castaway

* That Reminds Me from 2000, in which Dora recalls her stage, film and TV career

* With Great Pleasure from 2003, featuring readings from Dora's favourite books

* The Child Within, Wally K Daly's moving monologue written especially for and performed by Dora Bryan.

Made for BBC Radio 4 Extra by Pier Productions and first broadcast in March 2014.