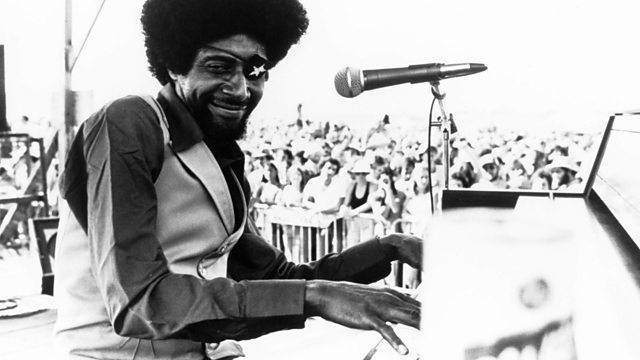 Classically trained in piano and a child prodigy, Booker had his first hit record as a teenager, toured with the likes of Ray Charles and Aretha Franklin and played on sessions with Fats Domino and Little Richard. But it was as a solo performer that he really came into his own.

When record producer Joe Boyd met Booker at a session in the 1970s he recognised his technical virtuosity and potential to captivate an audience. He asked Booker if he'd like to record an album on his own, without a band. The pianist was cautious, but eventually agreed to record Junco Partner on one condition - he had a candelabra on the piano. The reason, he said, "cos I'm the Black Liberace baby!"

Liberace may have been one of his idols, but Booker's styles were wide and varied. He not only mastered but also transformed the New Orleans piano style mixing Chopin, Liszt and Rachmaninoff with jazz, blues, stride, gospel and boogie-woogie. He played like he had four hands and made the piano sound like a whole band. But, gay at a time when homosexuality was a huge taboo and black in a divided America, Booker died alone, aged 43, after a life of drug and alcohol abuse.