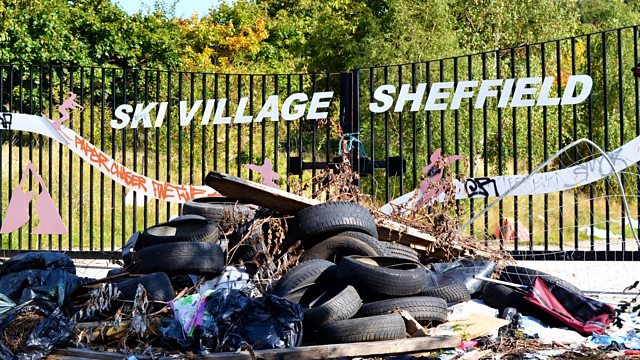 4 Extra Debut. David Goldblatt discovers how one snowless Yorkshire city turned out Olympic skiers. Why? From 2014.

David Goldblatt discovers the unlikely tale of how our most promising skiers quest to reach the 2014 Sochi Winter Olympics began in a city with no snow - on a plastic material that's "like upturned scrubbing brushes".

This was the debut of Freeskiing and astonishingly, given the British record in winter sports, we are very good at it. In 2013, the world number one in "slopestyle" skiing was a British 21-year-old with a half-shaved head, called James Woods. He, like a string of other skiers now making their mark internationally, grew up in a non-skiing family in Sheffield.

According to the British Freeski team’s head coach, Pat Sharples - "Every single one of my athletes comes from a working class background... and the majority of my team are from Sheffield."

It’s all to do with a patch of land sandwiched between an enormous inner city landfill and a council estate overlooking the city centre. Built in the 1980s, Sheffield Ski Village was one of the best facilities in Europe, in its heyday. But as David discovers, it looks unlikely that this success will ever be repeated again.