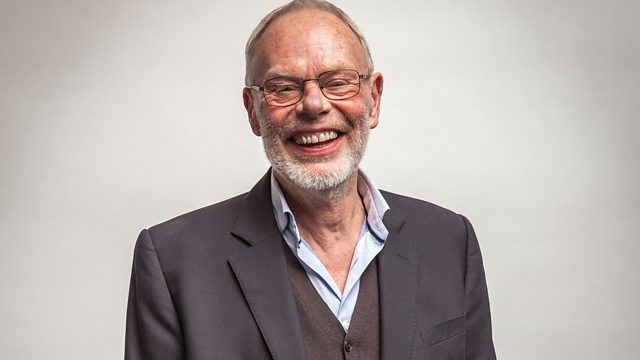 Kirsty Young's castaway this week is the broadcaster, Bob Harris.

Known affectionately as Whispering Bob, he's rarely been off our air waves in the past 44 years.

His big break came standing in for John Peel and he was so good that not long after he was given his own show on Radio 1. Throughout the seventies he also hosted the true music-fans' must see show, The Old Grey Whistle Test. His beard and tank top were almost as legendary as some of the guests - The Rolling Stones, Led Zeppelin and John Lennon were among the line up. However with the arrival of punk things got personal.

The closest his family ever got to showbiz was when his dad, a policeman, clambered on stage to arrest the singer PJ Proby when his trousers split. Young Bob did follow his dad into the force but music and above all else radio were his obsession.

Much like his recording heroes, his own life has something of the rock n' roll vibe - three wives, eight children, a spell of bankruptcy and coping with prostate cancer. Yet through it all his skill, knowledge and love of broadcasting has always endured.

He says, "I'm a music anorak, a fan who got lucky ... from the moment I bought my first record aged 11, I couldn't wait to share music with others."

See all clips from Bob Harris (2)