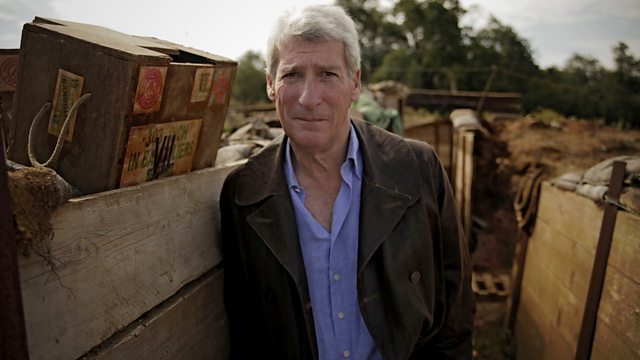 The BBC series commemorating the centenary of the outbreak of World War 1 is presented by Jeremy Paxman. What fresh light or perspective does it shine upon our understanding of The War To End Wars?

Juliet Stevenson is performing Samuel Beckett's Happy Days - buried up to her neck in a mound of earth - at London's Young Vic Theatre. What is fuelling London theatre's current revival of Beckett productions?

Canadian author Dan Vyleta has just published his third novel set in immediately postwar Vienna. The previous two - Pavel and I and The Quiet Twin - have received much critical and popular acclaim, will this be another winner?

Out of The Furnace stars Christian Bale, Woody Harrelson, Willem Dafoe, Casey Affleck and Sam Shepherd in a grim tale of rustbelt America, falling into violence with little hope of escape. It's directed by Scott Cooper - whose previous film was an Oscar winner - and an American critic has called it one of the best movies he's seen this year, will our critics concur?

The exhibition of Turner Prize winning artist Martin Creed's work at The Hayward Gallery is the first major retrospective of his work. Do our reviewers think the lights turning on and off and the stacked boxes will baffle, delight or intrigue the visiting public?

Out of the Furnace

Out of the Furnace, directed by Scott Cooper, is in UK cinemas now, certificate 15.

The Crooked Maid by Dan Vyleta is available now, published by Bloomsbury.

The retrospective exhibition Martin Creed: What’s The Point of It? is at the Hayward Gallery in London until 27 April 2014.