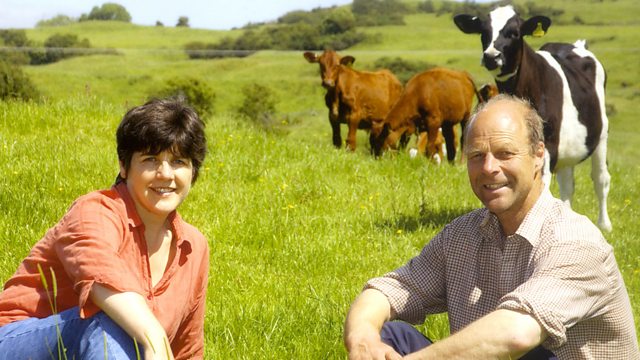 Tessa Dunlop visits Galloway, Scotland's most important milk-producing area, and meets a dairy farmer who is revolutionising the way he works.

The Finlay family has worked the land at Rainton Farm, near Gatehouse of Fleet in Galloway, south west Scotland, for more than a century. Attitudes towards the land have changed enormously over the years, and two members of the family still working on the farm are living reminders of that. James Finlay is ninety and his aim, on returning to the farm after World War Two, was to wring the maximum from the land. His entire focus was to change boggy unproductive pasture into good grazing for sheep, removing trees and scrub and draining wet areas. His son David, who now runs the farm, has built on what his father achieved but in some instances this has meant actively reversing his work and taking a very different approach. Along with his wife Wilma, whom he credits with much of the vision behind the success of Rainton, David has planted broadleaf woodland where once James cut down trees, let bogland return to its natural state while intensifying production in other corners of the farm, and has opened the farm to the public, welcoming seventy thousand visitors a year. He's now rethinking the way in which he milks the herd. Best-known for their ice cream, the Finlays are now moving towards cheese production, anxious to continue to innovate. They are perfecting a system which allows calves to stay with their mothers to feed, rather than being bucket-fed from birth - and, to their great surprise, they are now looking forward to bigger calves, calmer cows with longer lives, and a healthier herd. While fellow farmers and scientists have derided this approach, David suggests that, globally, we simply cannot allow ourselves to continue to farm in the same old ways. The time for that has run out.