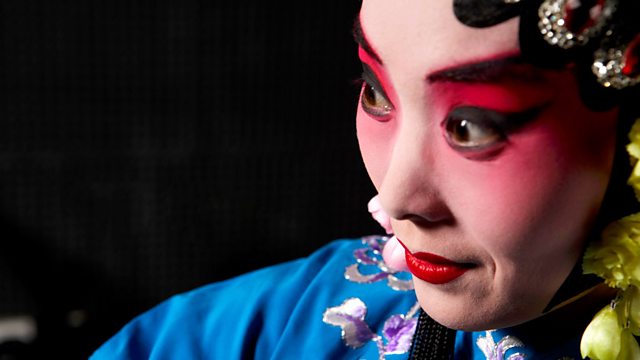 Drama in which an exiled novelist meets an author writing about a shape-shifting princess. Their ideas fuse, and as the princess takes form, mind-altering events occur.

A radiophonic drama by Peter Blegvad and Iain Chambers.

"A character can be true without being real, don't you think?"

John, an exiled Chinese novelist, meets an American author struggling with a commission about a shape-shifting princess. Their ideas fuse, and as Princess Xu-Feng takes form, mind-altering events occur. We travel inside the minds of the characters, hearing their thoughts and their words, revealing the gap between fantasy and reality.

Chinoiserie explores the true price we pay for speaking the truth. We rule our lives by what we think is real, by what we decide is true. This drama asks whether we're deceiving ourselves.

Chinoiserie follows Peter Blegvad and Iain Chambers' previous drama for Between The Ears, Use It Or Lose It, which won a Sony Radio Award and Prix Europa special commendation in 2012.

How Was Your Day Joe?